Extensive natural spaces are also to be found on the airport’s grounds. Flughafen Zürich AG bears a great responsibility for protecting and preserving the ecological value of these areas as a habitat for animals and plants.

Of approximately 953 hectares within the airport perimeter, around half comprise green spaces. As Zurich Airport was sited in the middle of reed meadows when it was planned in the 1940s, it also encompasses extensive areas of high ecological value. 53 hectares are designated nature conservation areas.

The site comprises a varied mosaic of different habitats where rare plants and animals can thrive as the fence protects them from being disturbed.

Specific steps have also been taken to reduce the birds’ food supply – for instance weasels are encouraged because they compete with birds of prey in hunting small mammals. 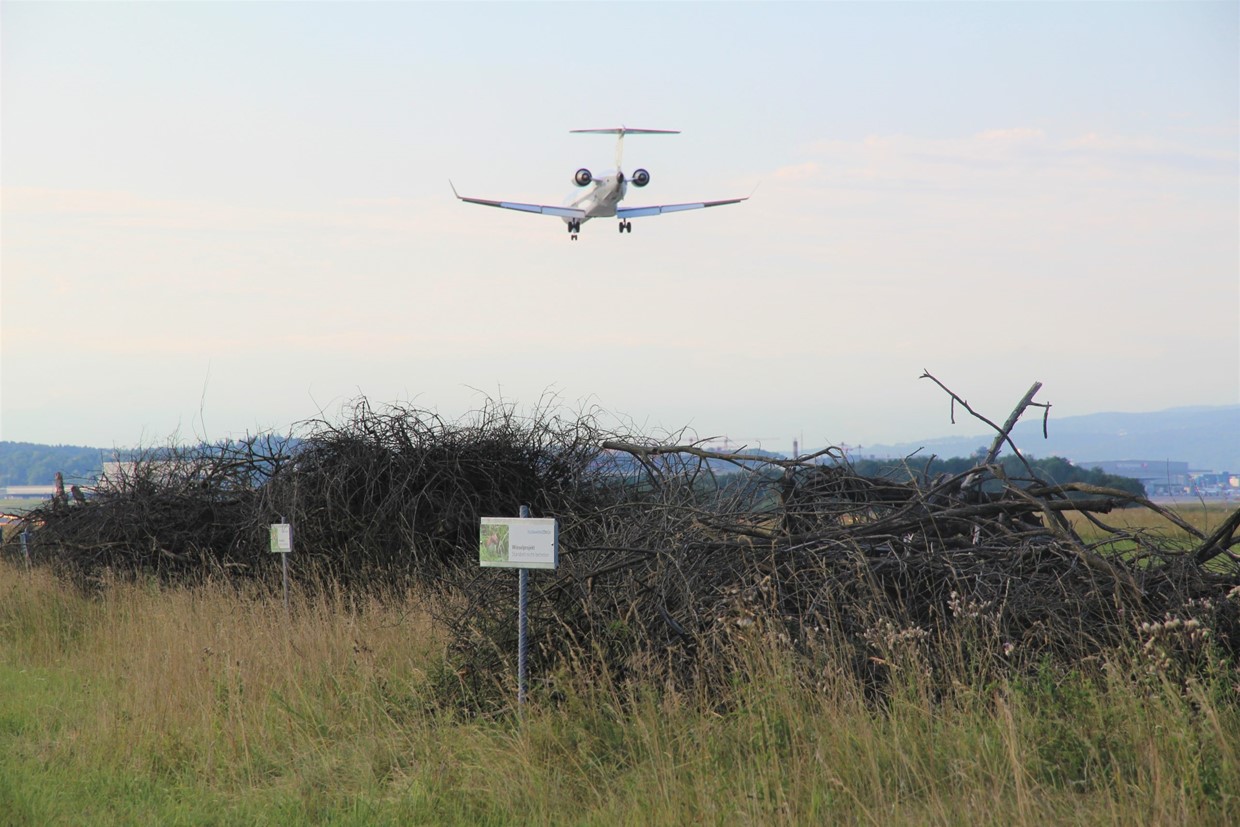 Piles of branches encourage weasels, which in turn help to prevent bird strikes.

Preserving the ecological value of natural spaces also requires action to protect these green spaces from the impact of building projects. Flughafen Zürich AG is obliged to establish in advance the ecological value of the green spaces that it intends to build on and to offset this with measures of equivalent value. This can be done for example by upgrading areas elsewhere.