Inevitably, operating an airport will affect local air quality. However, the impact is local, essentially limited to around the perimeter of the airport itself.

Flughafen Zürich AG is required to comply with national limits as regards air quality. Firstly the Air Pollution Control Ordinance lays down clear limits, and secondly a threshold value for nitrogen oxide emission was specified as part of the approval proceedings for the airportʼs fifth expansion stage at the end of the 1990s and still applies today. In accordance with its corporate strategy and within the scope of its influence, Flughafen Zürich AG constantly endeavours to reduce pollutant emissions. It comfortably meets the nitrogen oxide limit for the airport as a whole. 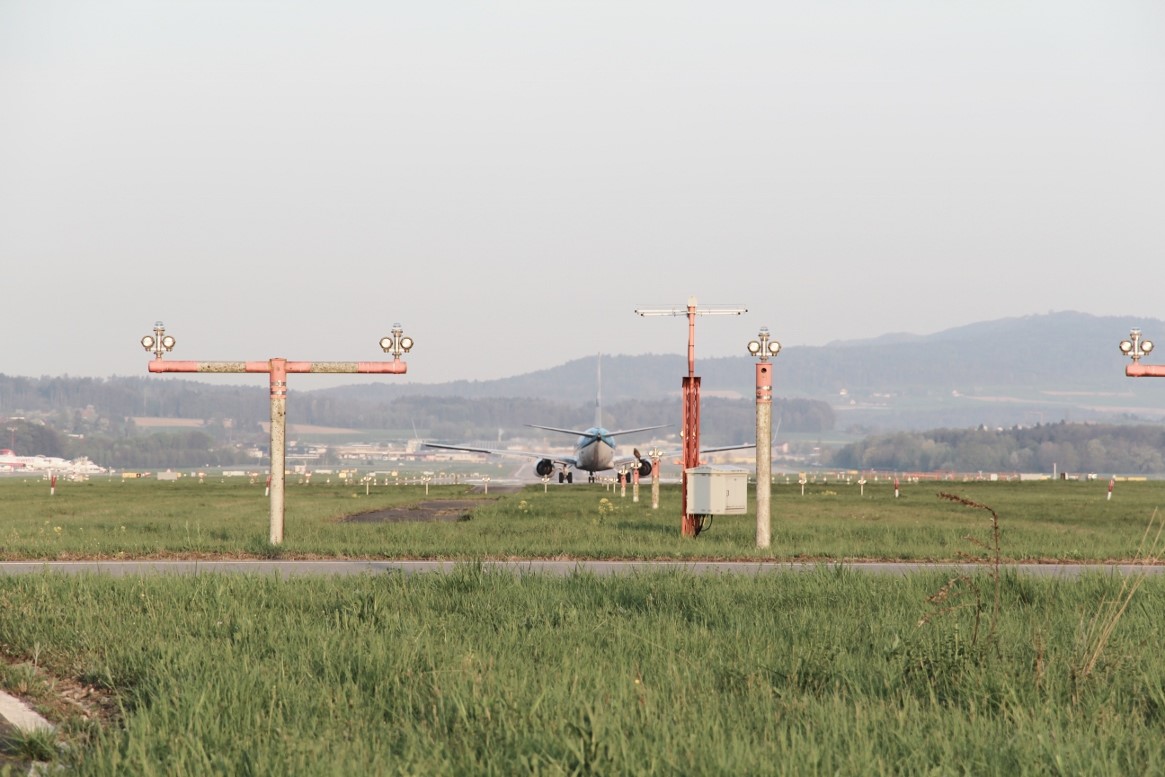 At Zurich Airport, the pollutants that affect air quality are primarily nitrogen oxides (NOX), particulate matter (PM) and ozone (O3). These are produced almost exclusively by the combustion of fossil fuels such as kerosene, diesel or petrol. By far the majority of emissions arise directly from aircraft whose engines and auxiliary power units are responsible for around 90% of total nitrogen oxide emissions at the airport.

Flughafen Zürich AG maintains an emissions inventory which records how much of each individual harmful substance is emitted annually. The pollutant sources can be grouped as follows: aircraft, aircraft handling, airport infrastructure and landside traffic with motor vehicles and rail transport.

As it is not possible to constantly measure emissions at all sources, this inventory is modelled. In the case of aircraft, for instance, there is a certificate for each engine which states the amount of pollutants it emits in various operating modes. This allows a very accurate picture of the emissions situation to be built up.

Once discharged into the atmosphere, emissions do not remain in the same state – their composition changes, and they are diluted and dispersed before actively becoming pollutants. These harmful substances are measured at certain points and likewise area-wide modelled.

This mathematical modelling is based on the emissions inventory and additional information about the time and location of the emissions. Combined with meteorological data, it is then possible to calculate the distribution of the pollutants using special software.

A network of monitoring equipment which measures actual concentrations has been set up across the airport and the surrounding region. Both fully automatic monitoring stations that measure the levels of several pollutants at the same time as well as passive collectors that measure the nitrogen dioxide content in the air are used. Both types of monitoring station are operated on behalf of the airport by the Office of Waste, Water, Energy and Air (AWEL) of the Canton of Zurich.

In the year under review, the quantity of nitrogen oxide (NOX) emitted by airport sources increased by 5.6%. This is due to increasing passenger numbers as well as changes in airline fleets. Although there were around the same number of flight movements as in the previous year, the airlines deployed larger aircraft that emit more pollutants than their smaller predecessors.

Although emissions have increased, a slight decline was noted in terms of immissions. The only location with a higher value is the measuring station on Dock A at the airport. However, levels in the surrounding areas declined. Although the limits on the apron and along the main roads in the region were exceeded at certain times, levels of pollution from the airport fall rapidly, the further away one gets from the airport. Outside its perimeter, the amount of pollution arising from the airport accounts for a maximum of 10% of the total air pollution measured there. 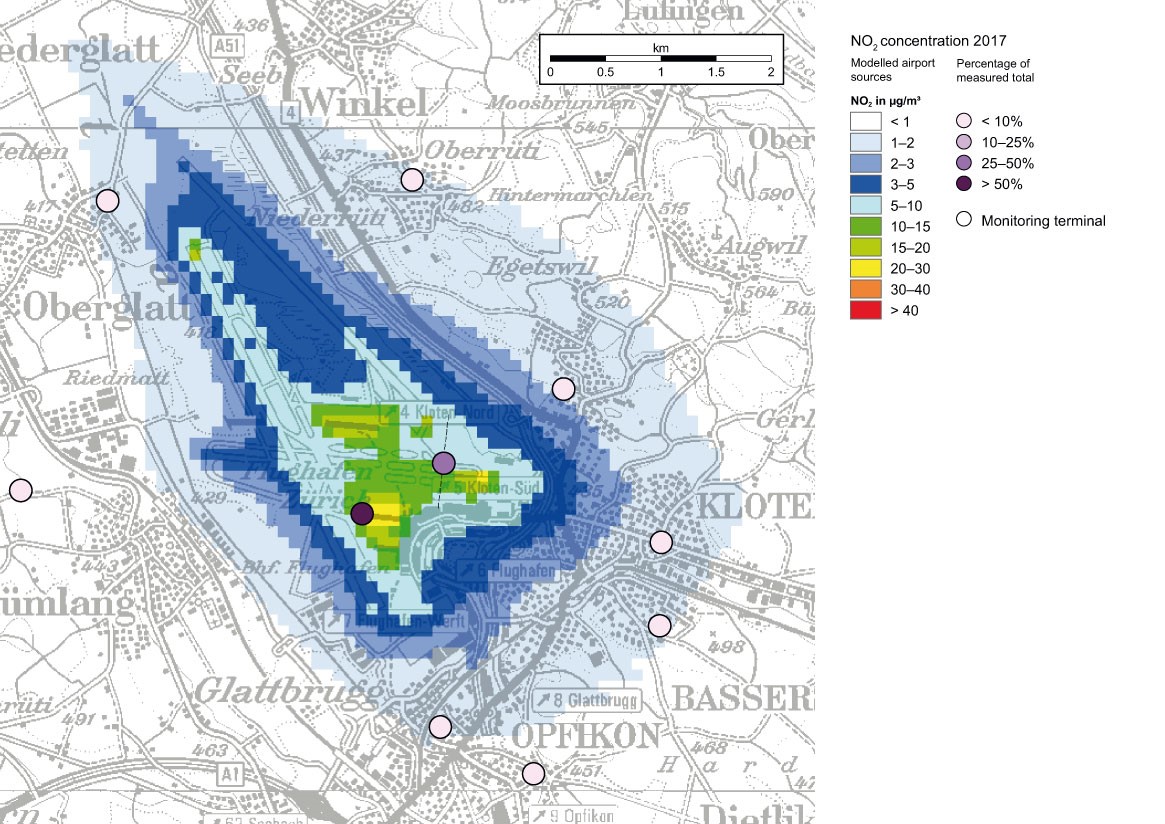 Flughafen Zürich AG has already taken a number of steps to help reduce pollutant emissions and is constantly seeking to identify new ways of cutting them further. Emission-based landing charges have been levied since 1997; the more pollutants an engine emits, the higher the charge. This then creates a monetary incentive for airlines to use low-emission engines.

At the operational level, careful coordination of the various take-off and landing operations helps to cut aircraft waiting times and thus reduce unnecessary engine running. Thanks to the supply of electrical power and air conditioning from fixed ground power systems, on-board auxiliary power units can remain switched off during ground handling. In addition, an ever-increasing number of emission-free electric vehicles are being used on the apron.

Flughafen Zürich AG is a global pioneer in air quality issues. It offers its expertise in various international organisations and technical bodies, sharing know-how and new ideas with other airports around the world.