Flughafen Zürich AG disposes of the waste for the entire airport. Systematic waste management enables almost all waste to be disposed of either thermally or by recycling.

SUSTAINABLE USE OF MATERIALS

As a major transport hub handling cargo and tens of thousands of people every day with constantly expanding infrastructure, Zurich Airport generates a considerable volume of waste. Flughafen Zürich AG therefore prioritises avoiding waste from the outset. Where this is not feasible, it collects recyclables separately and disposes of residual waste in an environmentally responsible manner. 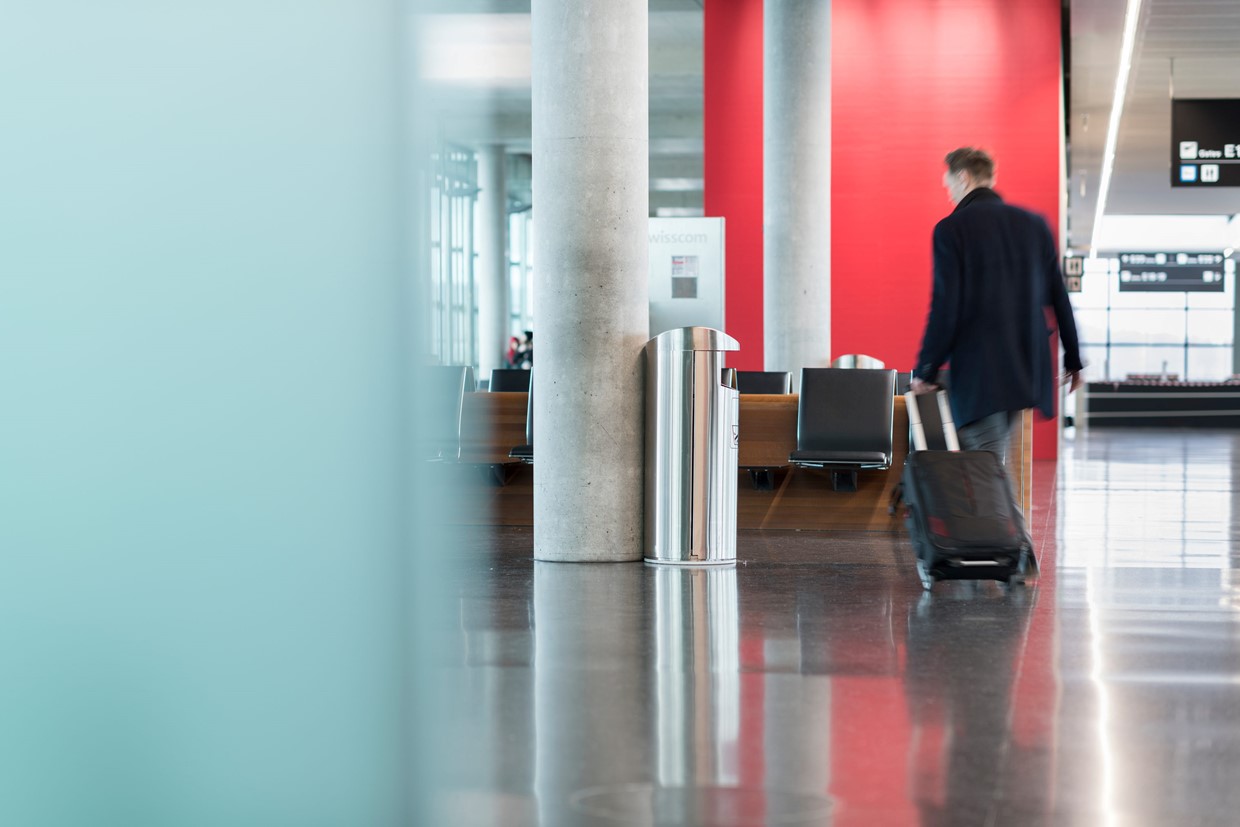 Flughafen Zürich AG handles the disposal of its own waste as well as the majority of waste from other companies at the airport. Wherever possible and expedient, it makes every effort to collect recyclables separately and send them for recycling. In Switzerland, energy is recovered from general waste through combustion. Such waste from Zurich Airport is burned in a waste incineration plant and the heat produced is used to generate electricity and supply a district heating network.

Trends during the reporting year

The overall quantity of waste at Zurich Airport increased sharply in the reporting period: it amounted to 20,960 tonnes, representing an increase of 15.5% on the previous year. The reason for the increase is, on the one hand, the rise in the quantity of waste which in turn is attributable to the higher passenger numbers, and on the other hand, because metal waste from the removal of facilities was included in the calculation. These are also the main reasons for the increase in the recycling rate.

Compared with 2017, the proportion of mixed waste decreased to 47.3%, while the proportion of waste sent for material recycling rose to 48.9%. The quantity of paper and cardboard collected dropped for the third time in a row and came to 2,865 tonnes. One reason for this is the decline in paper/cardboard waste from the aircraft, as fewer newspapers and magazines are offered, compared to previously.

The volume of PET collected and recycled increased significantly in the reporting year compared with 2017 and amounted to 280 tonnes. The 25% increase is partly a result of additional containers being installed in the terminals and the security check building and more PET bottles being separated out from aircraft waste.

The quantity of liquids confiscated at the security check was on a par with the previous year at 219 tonnes.

To enable a comparison with other airports to be made, the quantities indicated were defined by the German airports association (ADV).