Zurich Airportʼs operations produce some emissions that affect air quality. However, the impact of these is essentially local.

In order to assess air quality at Zurich Airport, pollutants must be monitored from two different perspectives: firstly the quantity emitted at source (‘emissions’), and secondly the quantity measured at a specific location (‘pollution’).

A number of different air pollutants are material, with each having different characteristics. The most important of these are nitrogen oxide (NOX) and particulate matter (PM). Flughafen Zürich AG maintains an emissions inventory which records how much of each individual pollutant is emitted annually. Zurich Airport complies with the applicable official nitrogen oxide emission limits.

At Zurich Airport, air pollutants arise from the following four source categories: aircraft, handling operations, airport infrastructure and landside traffic. Air pollutants are primarily produced by the combustion of fossil fuels such as kerosene, diesel or petrol, so aircraft account for the majority of emissions and around 90% of nitrogen oxides. 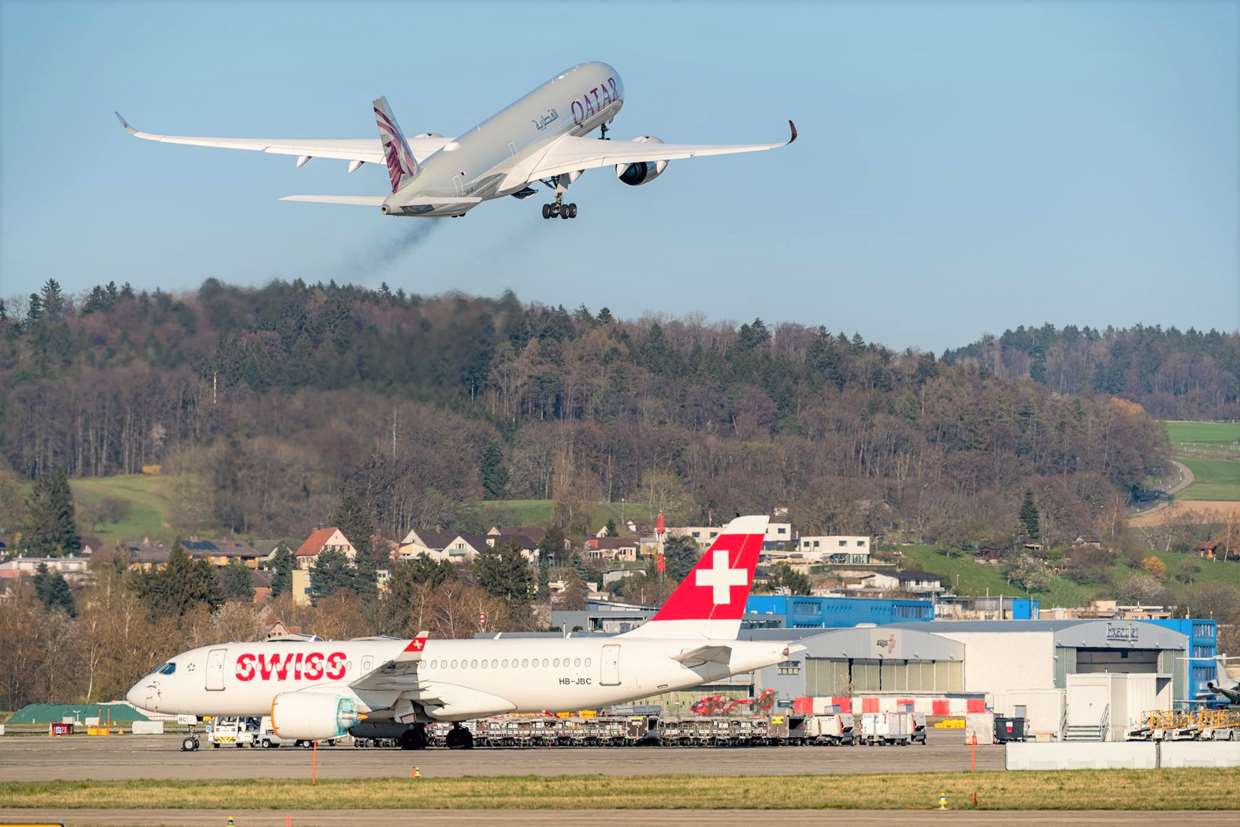 This mathematical modelling is based on the emissions inventory and additional information about the time and location of emissions. Combined with meteorological data, it is then possible to precisely calculate the distribution of pollutants using special software.

A network of monitoring equipment which measures actual concentrations has been set up across the airport and the surrounding region. Both fully automatic monitoring stations as well as passive collectors that measure the amount of the indicator pollutant nitrogen dioxide are used. Until the end of 2020 the automatic monitoring stations were operated on behalf of the airport by the Office of Waste, Water, Energy and Air (AWEL) of the Canton of Zurich.

Owing to the extraordinary circumstances and the reduction in flight movements, the air pollution figures for the reporting year are generally much lower than for the year before. Nitrogen oxide (NOX) emissions at the airport fell by 62%.

Pollutant values measured at and around the airport were also lower than usual. This was also due to the simultaneous drop in road traffic. There were no instances of the limit for the mean annual level of nitrogen dioxide (NO2) emissions being exceeded. 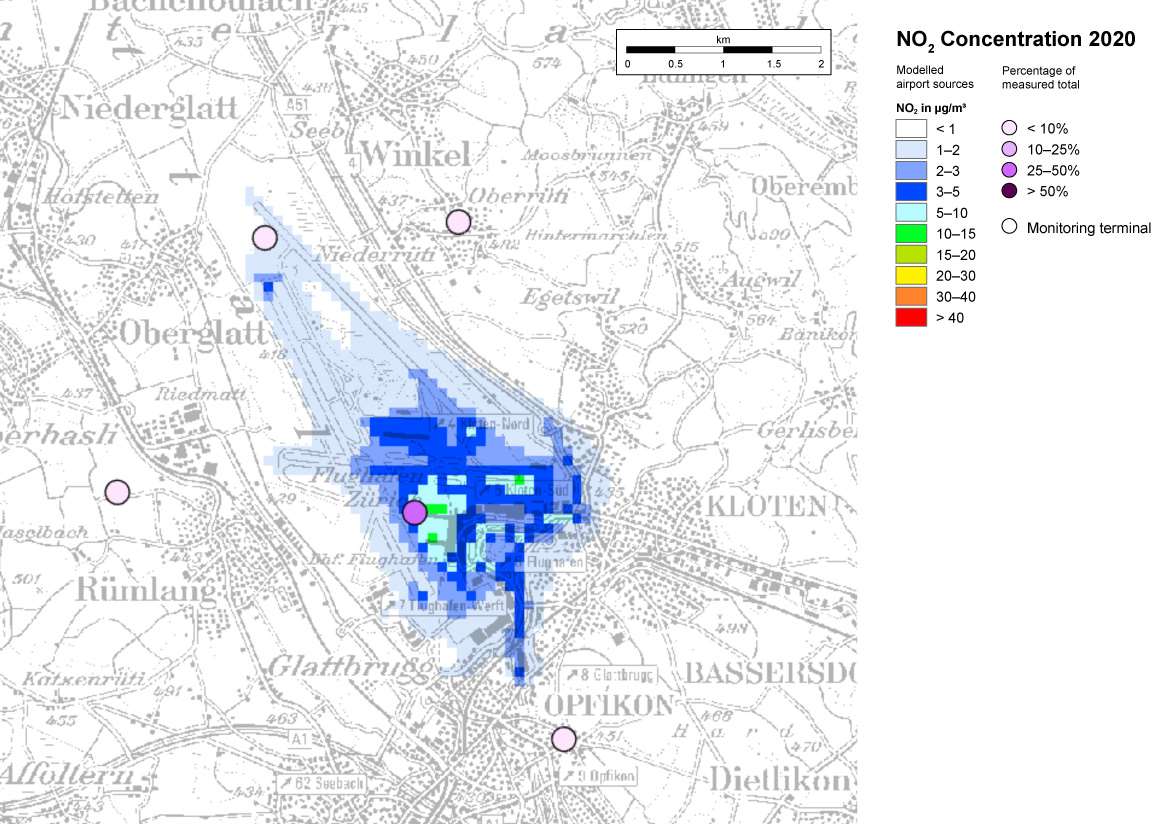 CONCLUSIONS FROM THE UNPRECEDENTED SITUATION

Flughafen Zürich AG conducted a number of analyses during the year under review, and specifically analysed the values measured when the airport came to an almost complete standstill in the spring. There were 91% fewer flight movements compared with the same period in 2019. Nitrogen oxide emissions consequently dropped by 87%. However, the amount of NOX recorded at the sites in the region where overall atmospheric pollution is measured fell by only 44%. This was despite the fact that, along with fewer flights, there was much less road traffic too.

This demonstrates that there is no linear correlation between flight operations and exposure to pollution in the region. Other sources of pollution play an equally significant role. The amount of pollution recorded rapidly decreases the further the distance from the airport. Meteorological conditions also have a big influence on the dispersal and dilution of pollutants. These findings are consistent with previous studies.